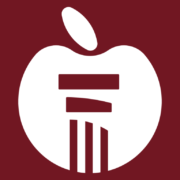 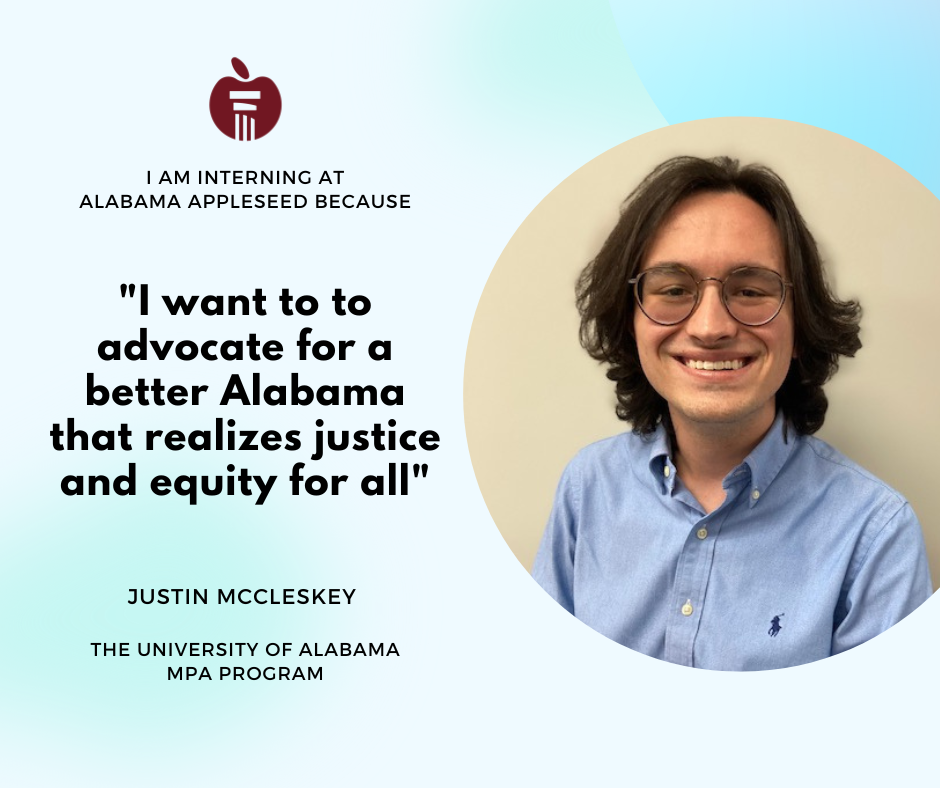 I’m Justin McCleskey and I’m excited to start my internship with Alabama Appleseed over the summer! I completed my bachelors degree in political science at the University of Alabama and am in my second year as a master’s student in public administration.

As a first generation college student, I have to admit I stumbled into academia rather naively. I knew that I wanted to use my education to help others, but my interests seemed extremely broad at the time. Among my values, economic and legal reform began to reach the forefront, but I was still discovering how I could meaningfully contribute through debate, student government, and other areas of campus involvement.

In my master’s classes, I developed an affinity for public budgeting and data analysis, seeing it as a route to create solid arguments for effective reform. Along the way, I began watching a new student group, Alabama Students Against Prisons (ASAP), from afar. I was drawn in by their protests urging Regions Bank to divest funding from CoreCivic’s three new prison initiatives, but their strategies resonated deeply with me.

Learning how my skills and interests intersect with Alabama’s criminal justice struggles, I saw a route to make this state a home for everyone. I’ll be using my time at Alabama Appleseed to research the correlation between Alabama’s aging prison populations and growing expenditures to find a solution. I hope to learn from the communities I work with while gaining professional insight that I can use to make Alabama a more welcoming environment for all!