My name is Akiesha Anderson and I am thrilled to join Appleseed! As Policy Director, my role will primarily focus on policy development, legislative advocacy, coalition building, engaging with public officials and assisting with legal projects. 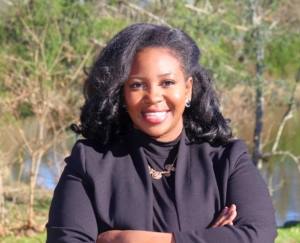 As a Montgomery-native, I grew up very aware of the existence of both past and present social inequality and stratification. I received my bachelor’s degree from Alabama State University, where I chose to major in sociology because of my desire to better understand and analyze social problems. This area fascinated me and helped me recognized the continued power of social movements as well as the ways in which policies and laws can create, perpetuate, or dismantle modern-day caste systems. Studying sociology also helped me better understand many of the systemic barriers to social mobility that members of low-income and marginalized communities encounter. I later received a Master’s in Public Administration from AUM and my law degree (along with a Certificate in Government Affairs) from The University of Alabama.

Over the years, my passion for social justice, public service, and working towards effectuating meaningful societal change has taken me to some really amazing places! I’ve worked in Central America, Washington, D.C., and most recently—Los Angeles, CA. I’ve also had the honor of working with some really amazing civil rights organizations, elected officials, a university, and a think tank: the Southern Poverty Law Center (SPLC), National Center for Lesbian Rights (NCLR), Human Rights Campaign (HRC), U.S. Congresswoman Terri A. Sewell (Al-07), the Montgomery County Commission, UCLA School of Law, and the Williams Institute. In addition, I am a member of several service-oriented organizations including the Blackburn Institute and Alpha Kappa Alpha Sorority, Inc.

As I join Appleseed, I look forward to having the opportunity to build upon the legacy of the civil rights heroes and soldiers who came before me, and working towards making Alabama a more just and equitable state for all!

Tweets by @AlaAppleseed
Fines, Fees, and Financial Security in the US South “People are dying. They had us in there for tickets.”
Scroll to top