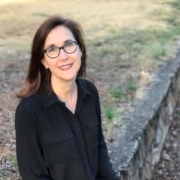 Appleseed Executive Director Carla Crowder delivered the following remarks to the House Ways and Means General Fund Committee on September 28, 2021 in opposition to the HB 4, a bill to spend $1.2 billion dollars on two new 4,000-bed prisons.

My name is Carla Crowder. I am a lifelong Alabamian and executive director at Alabama Appleseed, a non profit dedicated to justice and equity for all Alabamians.

Appleseed supports safer prisons. We support leaky roofs being fixed. Working plumbing and sewers.  Space for mental health care, drug treatment and educational programs.  Safe places for the 25,000 Alabamians in state custody to live without fear for their lives.  We are not against all new construction and I want to be clear about that.

As a lawyer, I have visited most of the prisons that are the subject of the DOJ lawsuit and I know they are wretched.

I have also read the lawsuit. And the 2 comprehensive DOJ reports issued before the lawsuit was filed.

Those documents are primarily concerned with unabated violence, including homicides, sexual assaults, excessive force by guards and the introduction of contraband – by staff – that propels this violence.

In the exact words of the United States Department of Justice:

“While new facilities might cure some of these physical plant issues, it is important to note that new facilities alone will not resolve the contributing factors to the overall unconstitutional condition of ADOC prisons, such as understaffing, culture, management deficiencies, corruption, policies, training, non-existent investigations, violence, illicit drugs, and sexual abuse. And new facilities would quickly fall into a state of disrepair if prisoners are unsupervised and largely left to their own devises, as is currently the case.”

The Department of Corrections has had 2 and half years to address this litany of deficiencies – understaffing, culture, corruption, training, and conditions have only gotten worse.

This year alone there were 34 deaths inside ADOC this year due to homicide, suicide or drugs, the highest death count in recent memory. It’s gotten worse since DOJ began investigating, that’s why they sued.

Buildings are not killing people.

Appleseed’s concern with this bill is not about fighting new prison construction. Its because this bill promises an Elmore facility with enhanced medical and mental health care, education and rehabilitation services, humane treatment for elderly people. But it provides no funding for these things.

Our concern with this bill is that Alabama has never built 4,000 bed prisons. We can’t staff 1,000 bed prisons. This bill does nothing to address the staffing crisis that has been unmet even with a federal court order in the Braggs mental health case.

The Department of Corrections now swallows 25% of the General Fund. Y’all know that. Money that’s not going all the other state needs like mental health, drug treatment, public safety, public health.

This plan provides even more money to this dysfunctional agency. We keep reading about $1 billion in deferred maintenance on the current prisons. Why was the maintenance deferred? Why wasn’t it just done?

The crucial things envisioned by this construction bill – specifically the Elmore facility services, could easily go unfunded and undone – just like this deferred maintenance.

We would request – that if these new facilities promise actual treatment and rehabilitation, that we get answers as to how those necessities will be funded. And how they will be staffed.

This current plan – which relies on one-time federal COVID dollars – to barely pull enough money together for buildings alone provides no confidence that what is actually needed will ever be funded.

Finally, from the DOJ lawsuit – notice that new facilities are one of six things on the list of constitutional concerns.

“Since the United States notified the State of its findings, Alabama’s Prisons for Men have remained extremely overcrowded, prisoner-on-prisoner homicides have increased, prisoner-on-prisoner violence including sexual abuse has continued unabated, the physical facilities have remained inadequate, use of excessive force by security staff has remained common, and staffing rates have remained critically and dangerously low. In the two years following the United States’ original notification to the State of unconstitutional conditions of confinement, prisoners at Alabama’s Prisons for Men have continued daily to endure a substantial risk of serious harm, including death, physical violence, and sexual abuse at the hands of other prisoners.”

Before passing a bill that addresses  one of six issues here – at a cost of $1.2 billion – we would ask this committee to set aside  funding for some of the other five problems. Or at least for the treatment promised by this construction bill.

Tweets by @AlaAppleseed
Marking Time, At the Crossroads of Prison Reform

When freedom means freedom for veterans, not just the country they fought f...
Scroll to top