You are here: Home / Blog / News / Alabama man incarcerated for minor offenses is beaten by an ADOC officer;... 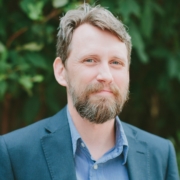 An Alabama correctional officer, caught on video beating an incarcerated man on a prison rooftop last week, has been placed on mandatory leave.

The violence caught on camera and shared widely on social media is a visible example of the often unseen violence that regularly takes place in Alabama prisons.

Jimmy Norman, 44, climbed on top of a building at the Elmore Correctional Facility on Sept. 14, the Alabama Department of Corrections confirmed for Alabama Appleseed on Monday.

Officer Ell White can be seen in the video approaching Mr. Norman, who was seated at the peak of the building with his legs dangling off the edge, and upon pulling Mr. Norman from the edge proceeded to hit him with a closed right fist at least five times. The camera moved off of the men for a moment. Five other officers can be seen on the ground watching the incident.

“Once the ADOC became aware of the following incident at Elmore Correctional Facility, the department immediately placed Officer Ell White on mandatory leave pending investigation,” an Alabama Department of Corrections spokesperson responded to Appleseed in a message.

Appleseed asked the department about the assault and any response from the officers who witnessed it. The spokesperson wrote that the department’s Law Enforcement Services Division is investigating this incident “and the response by the staff involved.”

After the assault, Mr. Norman was moved to the infirmary at Kilby Correctional Facility. The extent of his injuries was not immediately clear, or why he was in the prison’s infirmary. ADOC on Monday declined to discuss Mr. Norman’s medical condition.

Last week’s assault wasn’t the first time Officer White has been connected to prison violence. As a rookie officer in 2017, Officer White was present for portions of an incident that resulted in the death of Billy Smith, 33, who was incarcerated at Elmore prison.

An autopsy that Mr. Smith died of blunt force trauma, and initially, both another incarcerated man and a correctional officer, Jeremy Singleton, were both charged in Mr. Smith’s death, with prosecutors saying both men had beaten Mr. Smith in separate instances the day of the attack.

Officer White told investigators that after he was ordered to take an injured Mr. Smith to nearby Staton Correctional Facility, Mr. Smith collapsed when they tried to get him to stand up.

Mr. Smith became unresponsive, so Officer White “rapped him lightly on the back of his neck” to wake him, according to a report from Injustice Watch. White declined to take a polygraph about the incident, the watchdog journalism nonprofit reported.

Officer White told investigators he poured an ice chest of water onto Mr. Smith, who was unresponsive on the floor of his cell. According to an ADOC report, nurses later discovered the sound of water in Mr. Smith’s lungs, Injustice Watch reported. Mr. Smith died 26 days after the attack.

Elmore County Circuit Court Judge Ben Fuller in September 2020 dropped manslaughter charges against both Officer Singleton and the other incarcerated man, after attorneys for both asked the court to drop the charges because the state was attempting to charge two separate people for the death. Officer White was never charged in connection with Smith’s death.

The violence caught on camera last week at Elmore Correctional Facility gives a glimpse into what incarcerated people and their loved ones explain to Appleseed is ADOC officers’ routine use of violence, and indifference to violence between incarcerated people.

A 2019 report by the U.S. Department of Justice’s Civil Rights Division and the U.S. Attorneys’ Offices for the Northern, Middle and Southern Districts of Alabama found systemic problems of unreported or underreported excessive use of force incidents, a failure to properly investigate them and attempts by correctional officers and their supervisors to cover them up.

“Specifically, the department concluded that there is reasonable cause to believe that prisoners are subjected to excessive force at the hands of prison staff,” the Justice Department said in a press release.

Severe overcrowding and understaffing contribute to the “patterns or practices of uses of excessive force,” the report states.

Elmore Correctional Facility was at 193 percent capacity in June, the latest month for which ADOC has made monthly statistical reports available.

“In addition, inadequate supervision and the failure to hold officers accountable for their behavior contribute to an increase in the incidence of excessive force,” according to the DOJ report.

“These uses of excessive force—which include the use of batons, chemical spray, and physical altercations such as kicking—often result in serious injuries and, sometimes, death,” the report continues.

The DOJ in that report also notes concerns over how ADOC’s  Law Enforcement Services Division investigates use of force incidents.

The investigative arm of ADOC “requires proof beyond a reasonable doubt in order to refer a use of excessive force for prosecution,” which has come under criticism by federal investigators.

“While using this heightened burden of proof is appropriate for criminal prosecutions, it should not be employed by a prison system making a criminal referral as it interferes with prosecutors’ evaluation of a case and decision on whether to prosecute,” the DOJ report states. “In other words, by requiring proof beyond a reasonable doubt to refer a matter for prosecution, I&I limits the number of uses of force that are reviewed by outside prosecutors.”

Tweets by @AlaAppleseed
Leaving prison on a walker, in time for his 80th birthday celebration