My name is Allen Slater, and I am honored to join Alabama Appleseed as a full-time extern. I admire this organization’s mission, methodology, and compassion, and I am thrilled to contribute to the team. I am also eternally grateful to all of the kind, intelligent people who have supported and encouraged me along my journey to this position.

My path to Alabama Appleseed was a long, winding one that began in Kansas, where I started my career in law enforcement. Over the course of two years, I served as a corrections officer and a rural sheriff’s deputy in the northeastern part of the state. The next part of my career took me to a mid-sized city in Tennessee, where I served as a municipal police officer for nearly three years. My service as a police officer was rewarding, but not without difficulties. I saw the realities and trauma of violence and poverty collide with race and gender issues constantly, and at times, my job felt like using my fingers to plug holes in a dam that was on the verge of collapse. I saw many of the same people for the same issues on a regular basis; I felt less like a guardian of the community than a cog in a large, unyielding machine. That feeling made me question the way that we deployed law enforcement resources, the structure and purpose of some of our laws, and why some communities received different kinds and qualities of policing than others. 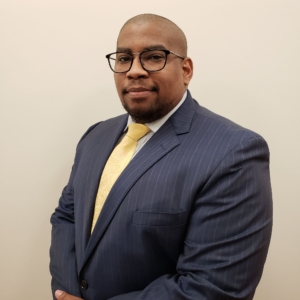 The questions I wrestled came to a head in 2014 with the deaths of Michael Brown in Ferguson, Missouri and Eric Garner in New York City. Those deaths and their aftermath shook me — I knew that we needed serious, systemic changes to make policing fairer, safer, and more transparent, but didn’t know what I could do to help. After some soul searching, I asked myself what I later discovered was a very old question: who guards the guards? In other words, who polices the police? I realized that the best way that I could have a positive impact — to continue helping, protecting, and serving others — would be attending law school and becoming an attorney. As a lawyer, I could to use my previous professional knowledge and experience to advocate for necessary change in the criminal justice system. Attending the University of Alabama School of Law has allowed me to pursue that goal and more.

During law school, I have been fortunate to work with a variety of brilliant attorneys on civil rights, police transparency, and criminal justice reform issues.  During my first summer, I worked as an intern with the Office of the Federal Defender for the Northern District of Florida. There, I fought for the constitutional rights of clients on death row by providing legal research and investigative support for the office’s Capital Habeas Unit. I also was privileged to work as an intern and Student Legal Fellow for The Policing Project at NYU School of Law. In that position, I researched pre-arrest diversion alternatives for a state government that was searching for opportunities to increase public safety while lowering its prison population. Additionally, I conducted extensive research into the use of biometric technologies by law enforcement, which culminated in a series of blog posts.  I was also able to work with the Alabama ACLU on a variety of civil rights issues, ranging from law enforcement misconduct to First Amendment legal questions. Law school also gave me the opportunity to work behind the scenes of the courtroom as an extern for a federal judge in the Northern District of Alabama. I also had the privilege of working for the conviction integrity unit of a district attorney’s office, investigating potential wrongful convictions and providing legal research for law enforcement misconduct prosecutions. Additionally, I was able to publish an academic article proposing a new standard for evaluating police shootings in the Berkeley Journal of African-American Law & Policy. These experiences have broadened and enriched my perspective, giving me deeper insights into the systemic issues plaguing our justice system.

I took those insights with me to the University of Alabama School of Law’s Criminal Defense Clinic at the beginning of my final year of law school. In that program, I, in partnership with a fellow law student, represented clients accused of crimes in Tuscaloosa County under the supervision of our professor. My partner and I also engaged in post-conviction advocacy for a terminally ill client, securing his release from the custody of the Alabama Department of Corrections. My experience fighting for my clients fueled my commitment to criminal justice reform as I realized that the system — and the racial, gender, and class disparities that it aggravates — must be reshaped in order to serve all of us properly. We need a criminal justice system that delivers accountability hand-in-hand with mercy and rehabilitation.

Part of what drew me to Alabama Appleseed was the organization’s approach to criminal justice reform. Appleseed has pursued data driven, effective policies to enhance public safety, build public trust, and respect the inherent value of every person involved in the justice system. Whether advocating for marijuana law reforms or ensuring that sheriffs cannot enrich themselves by starving prisoners and pocketing taxpayer dollars, Appleseed has fought to improve Alabama’s criminal justice system in concrete ways.

“I’m experiencing a rebirth, a second chance at life, and every day...
Scroll to top