My name is Alex LaGanke, and I am thrilled to be joining Alabama Appleseed as a Legal Fellow. Appleseed is bringing me on to grow our presence in criminal and municipal courts where low-income people lack legal representation. My contribution to Appleseed’s mission will encompass the direct assistance of clients by organizing projects for pro bono attorneys and law school clinics to assist clients who otherwise would have no access to justice. 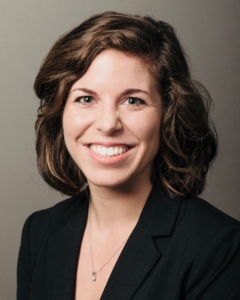 Growing up in an Alabama farm town with a reputation for racism, drug addiction, and neglect of the poor, I understand the desperate needs many impoverished communities face in this state. However, until beginning college in Birmingham, the poor condition of the sidewalks and bus stops I had observed in my few short weeks of living here seemed the epitome of injustice. Then, in my first undergraduate course, I learned about one of the most horrific crimes against humanity: human trafficking. As an 18-year-old, I was completely oblivious to the widespread enslavement of humans on a global scale. But I was even more unaware of the many injustices in my own backyard. My minuscule perspective expanded as I began to get proximate to those in need, jarring me awake to the extent of injustice across this country. As I moved closer to injustice, it wasn’t too long before I decided to commit my life to serve the poor.

After college, I continued connecting with amazing organizations that serve the underserved, such as CASA (Court-Appointed Special Advocates) of Jefferson County, and eventually landed a job in community development. I worked intimately with the urban poor of Jefferson County as program coordinator of an Adult Basic Education center for nearly two years before attending law school. I enrolled over 170 individuals into GED and literacy classes and had the distinct honor of hearing the testimonies of former substance abusers, domestic violence victims, and justice-involved people. My adult students, who became dear friends, opened my eyes to the void of justice and opportunity for the poor and marginalized.

During law school, I had the incredible opportunity to work as a Pro Bono Fellow for Baker Donelson. While there, I researched the deplorable state of prisons in Alabama and attended a review hearing in an ongoing suit against the Alabama Department of Corrections concerning Eighth Amendment violations against prisoners with severe mental illnesses. This sparked an interest in prison reform that opened the door to an internship with Alabama Appleseed, where I compiled a review of the condemning 2019 United States Department of Justice report on Alabama prisons. At that time, I also began clerking for a federal district court judge who conducted weekly mediations pertaining to the prison crisis in Alabama, where I gained an even greater awareness of the flawed criminal justice system.

While utilizing my trial practice card at a local district attorney’s office last summer, I worked on a bail reform project in an effort to modify the bail system and mass incarceration issue that is largely a result of excessive fines and fees as well as tough law enforcement on petty crimes. This project fueled my commitment to criminal justice reform as I realized that the system is more flawed than I could have ever imagined.

Moreover, enrollment in a JD/MPA joint degree program provided experience in public policymaking and access to several public administration internships working with and learning from the poorest among us. I gained firsthand knowledge of the homelessness crisis and even worked with local volunteer lawyer programs to develop homelessness clinics. I also worked alongside a local legal organization’s rural economic improvement project, which involved traveling to the Black Belt and hearing firsthand the impact that disparities of legal services have on the most remote communities. This experience revealed the overwhelming legal needs of Alabama residents, especially in comparison to the rest of the country.

From my involvement in local community development, I have come to strongly believe that justice is only possible through an intimate awareness and knowledge of the disparities that harm lower-income communities. My exposure to the injustice faced by tens of thousands in Birmingham and cities statewide has informed my work to confront injustice in Alabama, and I am ecstatic to do just that in my role at Alabama Appleseed.

Tweets by @AlaAppleseed
Appleseed Network Response to the Murder of George Floyd and the Fight Against...

A Disabled Black Veteran with Prescribed Medical Marijuana in His Car Played...
Scroll to top