You are here: Home / Mass Incarceration

Alabama’s entire state prison system for men has been declared unconstitutional by the United States Department of Justice. In 2020, the federal government sued the State of Alabama for violating the Eighth and Fourteenth Amendment rights of incarcerated people by “failing to prevent prisoner-on-prisoner violence and sexual abuse, failing to protect prisoners from the use of excessive force by security staff, and failing to provide safe conditions of confinement.” In 2014, the state’s women’s prison, Tutwiler, was also found unconstitutional, largely due to sexual abuse of incarcerated women by prison staff.

Alabama’s prison system is broken. Our state has invested in punishment – extreme sentences, brutal conditions of confinement, and institutional violence. But we have failed to invest in rehabilitation, drug treatment, re-entry services, and the kinds of crime prevention and community support that would keep all Alabamians safer.

These failures are costly.

They cost valuable tax dollars. From 2010 to 2020, the Department of Corrections’ budget nearly doubled. For fiscal year 2022, it is $610 million, nearly a quarter of the State General Fund.

They cost lives. The mortality rate in Alabama prisons has increased more than in every other prison system in America, according to the Bureau of Justice Statistics. Since 2014, at least 65 people have died from homicide Alabama prisons, and at least 36 people have died from suicide. The senseless deaths persist with a homicide at Kilby Correctional Facility as recently as May 2022.

As our state’s only research and policy advocacy organization devoted to criminal justice reform in Alabama, Appleseed is confronting Alabama’s catastrophic over reliance on prisons and punishment with smart bi-partisan solutions.

And when necessary, we are fighting over-incarceration one client at a time, through direct legal representation of individuals sentenced under Alabama’s draconian habitual offender law.

Alabama has the worst prisons in the country. Building more of them won’t fix that.

No One Should Die in Prison for a $50 Robbery 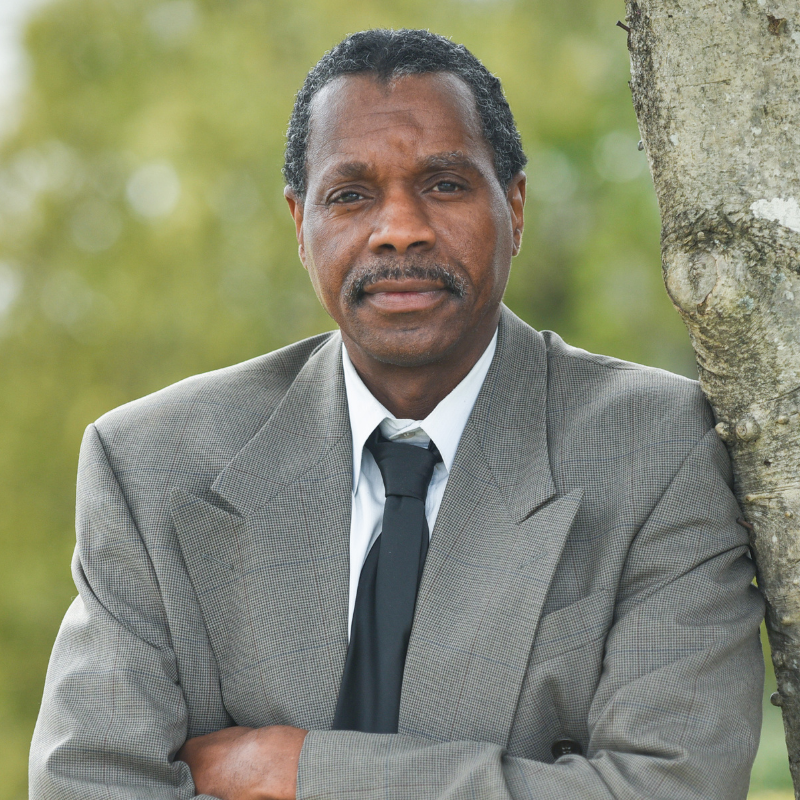 At 22, Alvin Kennard was sentenced to die in prison for a $50 robbery in Bessemer. His Life Without Parole sentence was mandated under Alabama’s Habitual Felony Offender Law, one of the nation’s harshest “three-strikes” laws, because he had three minor property offenses at age 18. But Alvin did not give up, nor did his family. He had spent 36 years in prison when a compassionate judge noticed his excessive sentence and appointed an Appleseed attorney to take on the case.

Alvin was released on August 28, 2019 before a courtroom filled with supporters. At 58, he started life outside of the prison walls. Amazingly, less than two months after being released from a death-in-prison sentence, Alvin secured a full-time job working in an auto body shop and has since been promoted. He enjoys large family events and shares his faith in God everywhere he goes. Alabama gave up on Alvin Kennard, but he did not give up on himself.

Our research shows that recent reductions in the number of incarcerated Alabamians coincided with a reduction in crime.That’s right – Alabama sent fewer people to prison and crime dropped. Specifically, a series of sentencing reforms passed since 2006 resulted in the number of people ages 15-30 in state prisons being cut in half. During that same period (2005-2019) Alabama’s overall crime rate declined by 17%. Robbery, the most common violent crime sunk by 48%. 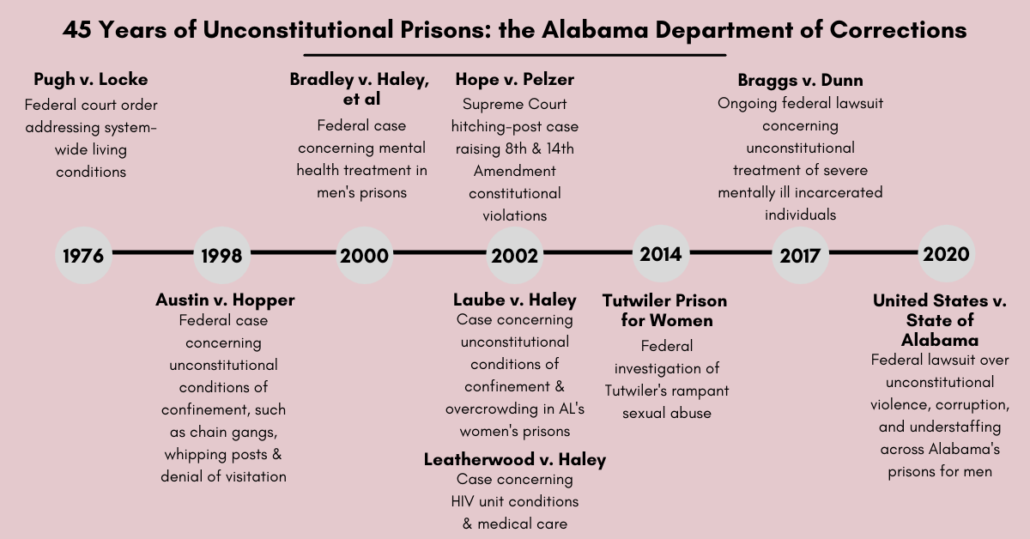 Alabama has repeatedly been condemned by the federal courts and the United States Department of Justice for violating the United States Constitution in how it treats incarcerated Alabamians. Most recently, despite being put on notice four years ago that the U.S. Department of Justice was investigating the entire prison system for men, conditions only deteriorated, abysmally low staffing levels stagnated, violence escalated, and overcrowding persisted. The DOJ was forced to sue the state, making Alabama the only state in the nation that faced two systemwide lawsuits from the federal government over unconstitutional prison conditions.

MORE PRISONS ARE NOT ENOUGH

A Pattern of Excessive Force 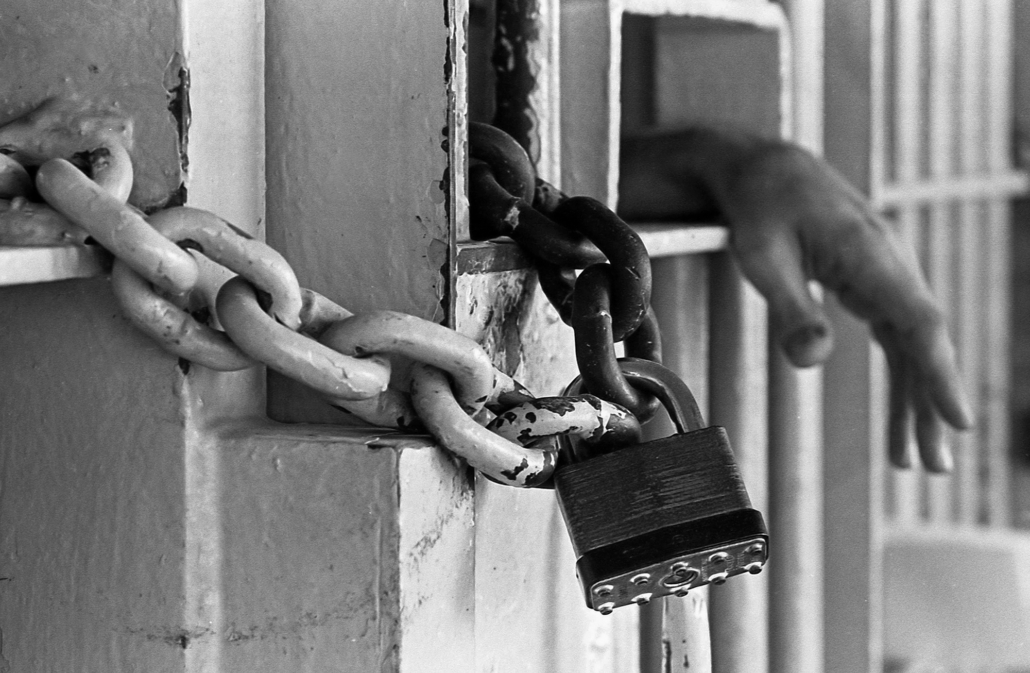 Just since 2020, the following criminal cases against ADOC employees have emerged from Alabama’s prisons:

Alabama Appleseed is proud of our role in the grassroots effort to thwart the state’s plan to build three private mega-prisons in rural Alabama. This plan was the worst of all worlds: it would have resulted in three costly new prisons that would not be owned by the state but would be operated by the same Department of Corrections whose decades of mismanagement and malfeasance have gotten us where we are.

While we stopped giant companies like CoreCivic that were seeking to profit from Alabama’s reliance on mass incarceration, the Alabama Legislature forged ahead on another prison construction plan by voting to divert $400 million in federal COVID-relief dollars to prisons, part of a $1.3 billion prison construction plan approved by the Legislature in October, 2021. Now, the State plans to build two, 4,000-bed prisons in rural communities in Elmore and Escambia counties. Legislative leadership has acknowledged the new prisons would not relieve overcrowding, they would only replace old facilities that state leaders failed to maintain over the last four decades.

Appleseed, along with the statewide Communities Not Prisons coalition, has fought this wasteful, expensive construction plan.

“Appleseed’s concern with this bill is not about fighting new prison construction. It’s because this bill promises an Elmore facility with enhanced medical and mental health care, education and rehabilitation services, humane treatment for elderly people. But it provides no funding for these things.

Our concern with this bill is that Alabama has never built 4,000 bed prisons. We can’t staff 1,000 bed prisons. This bill does nothing to address the staffing crisis that has been unmet even with a federal court order in the Braggs mental health case.”

Opponents have cast our work to stop prison construction as irresponsible, claiming that opposing $1.3 billion for sprawling new buildings means endorsing the consignment of tens of thousands of incarcerated Alabamians to decrepit facilities.

But make no mistake: The choice has never been between building prisons and letting our neighbors rot in deadly ones. 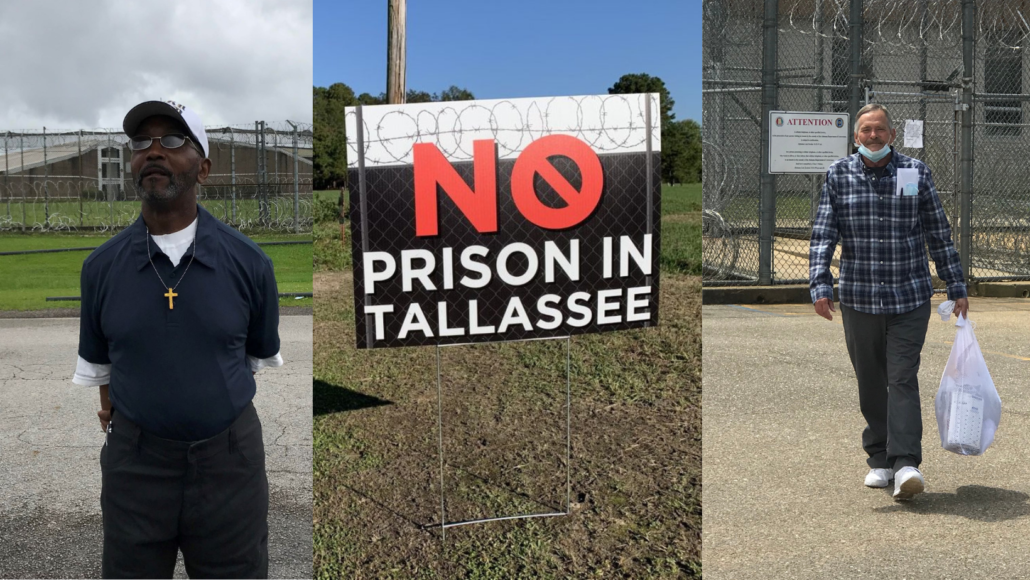 Alabama can change our laws, our policies, and our practices. Repeating the mistakes of the past by caging people in abusive conditions then releasing them with no support has not made our communities safer. People who harm others should face consequences for their actions, but those consequences should be proportional. That means:

We reject the myth that Alabama faces a binary choice between the status quo and the construction of new prisons. Instead, we ask: how much could Alabama accomplish by investing billions of dollars into our people and communities, in public safety and crime prevention, rather than using that money to repeat the mistakes that landed us here?

Our state is known internationally for its history of racial violence and its present-day crisis of mass incarceration. It simply does not have to be this way.