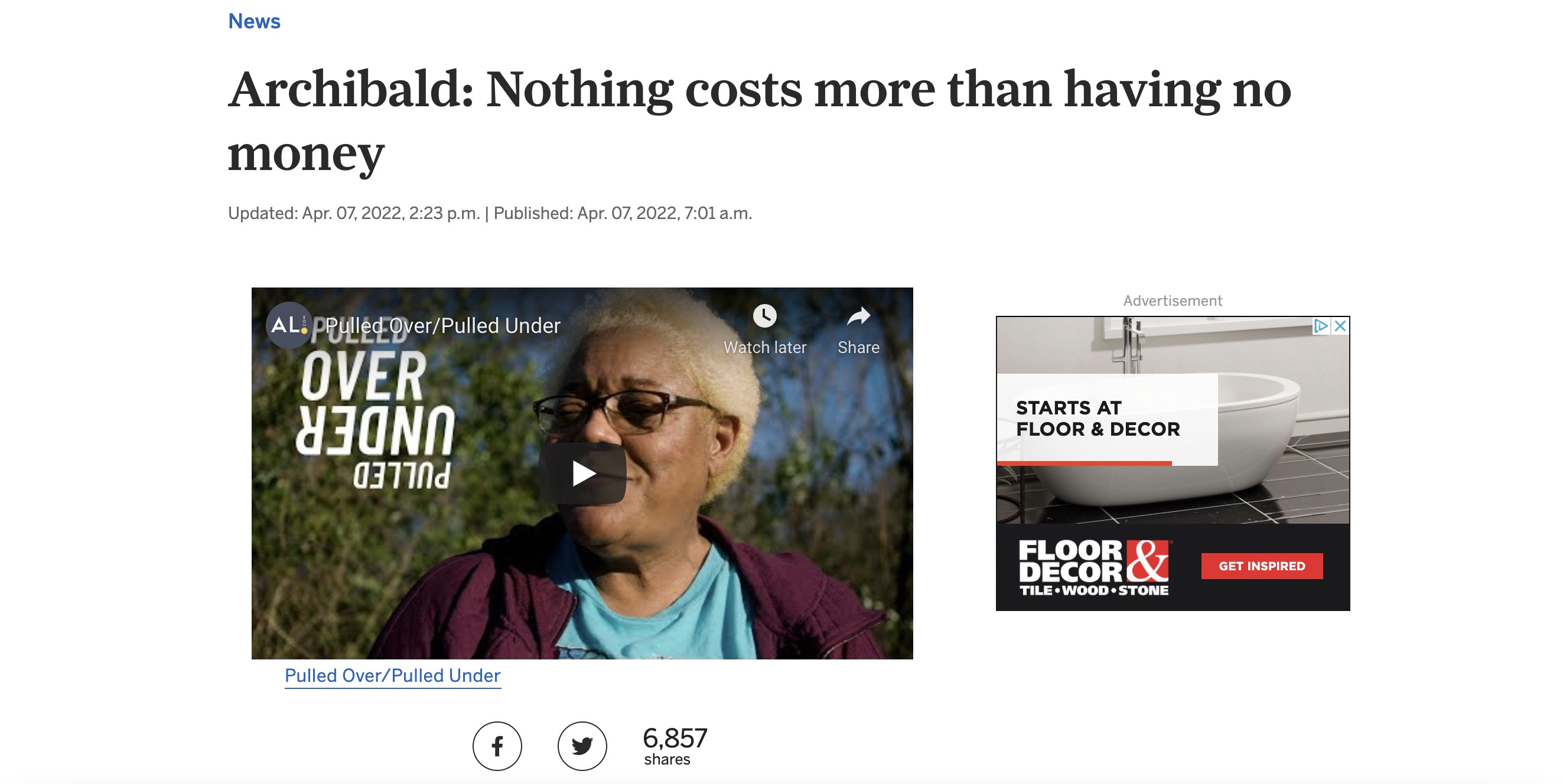 People make mistakes. They do.

They run stop signs, sometimes. They go too fast, or fail to use a blinker, or drive down the street with no idea their tag light is out, or too dim, or that anybody anywhere would actually care in the first place.

According to research by the Alabama Appleseed Center for Law and Justice – and others – people facing mounting traffic debt make desperate decisions in attempts to get their lives back. Eight out of 10 said they skipped rent, groceries, medical bills or car payments to pay their debt. Four out of 10 said they committed crimes – including selling their own bodies – just so they wouldn’t have to look in that rearview mirror all the time.

As policy director for Alabama Appleseed Center for Law & Justice, my work is centered around the intersection of poverty and criminal justice – the criminalization of poverty. As an Alabama native and graduate of the University of Alabama School of Law, I work as a legislative attorney and non-profit lobbyist committed to advocating for legislation that helps everyday Alabamians, especially poor and working-class Alabamians. Since 2020, my colleagues and I have been working to try to get a piece of legislation passed that will end the suspension of driver’s licenses for debt-based reasons. 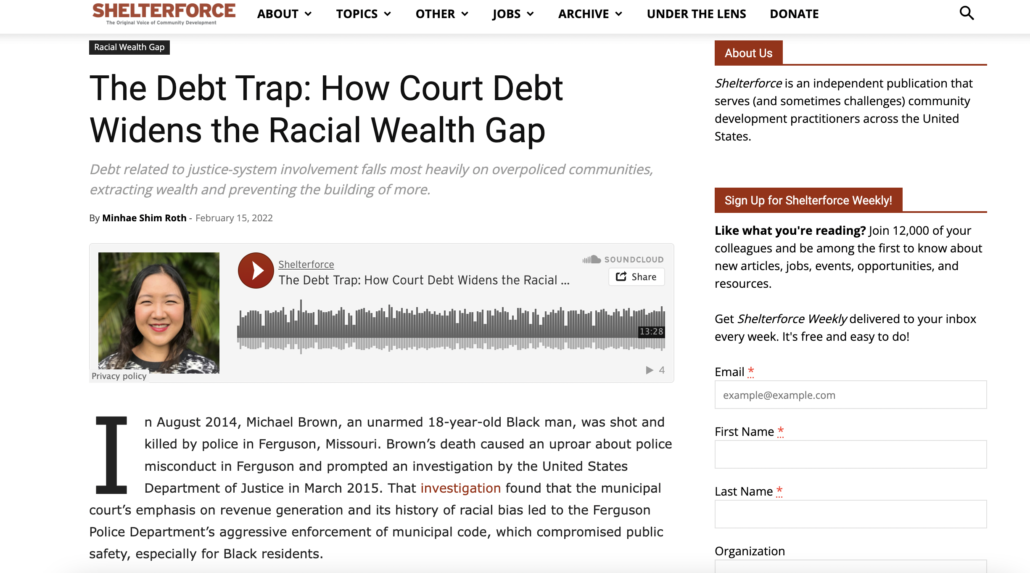 In August 2014, Michael Brown, an unarmed 18-year-old Black man, was shot and killed by police in Ferguson, Missouri. Brown’s death caused an uproar about police misconduct in Ferguson and prompted an investigation by the United States Department of Justice in March 2015. That investigation found that the municipal court’s emphasis on revenue generation and its history of racial bias led to the Ferguson Police Department’s aggressive enforcement of municipal code, which compromised public safety, especially for Black residents.

In places like Alabama, fees and fines serve as an alternative way to fund the state, acting as a “hidden tax,” says Leah Nelson, research director at the Alabama Appleseed Center for Law and Justice and the author of Under Pressure: How Fines and Fees Hurt People, Undermine Public Safety, and Drive Alabama’s Racial Wealth Divide.

Since news broke in late January of how police in Brookside, Alabama, allegedly were preying on motorists to pay their own salaries, all eyes have been on the hamlet that appears to have turned its police force into a money-making enterprise. Indeed, from 2018 to 2020, the number of police stops soared, and town revenues from fines and fees increased by more than 640%.