You are here: Home / Government Accountability

Government Accountability and Policing for Profit

In Alabama, too many decisions and deals are made behind closed doors and too many account books are kept closed. We aim to fix that.

People should know more about their government than the government knows about its people. Yet weak open records and open meetings laws, the lack of transparency around law enforcement interactions with the community, and the pursuit of profit over the fair administration of justice in government systems have undermined this basic principle of democracy.

Appleseed’s research and advocacy is dedicated to ending policing for profit and shining a light on harmful government policy and practices, especially when they impact vulnerable communities.

Who Watches the Watchmen? 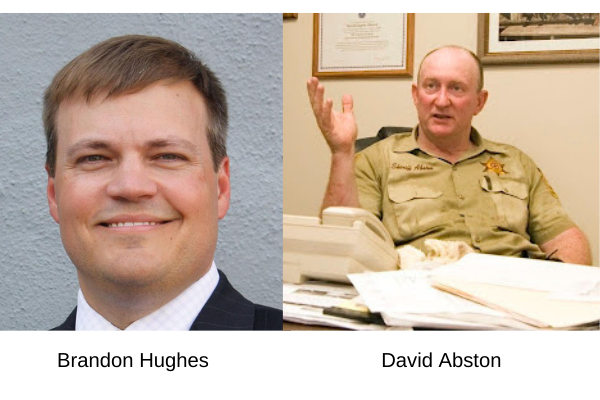 There’s no special reason to trust someone simply because they wear a badge. Elected officials must earn the trust of their constituents. And transparency matters.

In Lee County, District Attorney Brandon Hughes was removed from office in 2021 after pleading guilty to perjury and using his office for public gain. At the same time, this office was seeking the forfeiture of a car and thousands of dollars from Quan Holt because he was using medical cannabis.

In Pickens County, David Abston had been sheriff for around 30 years when, under pressure from Alabama Appleseed and other human rights groups, Alabama finally passed a law that sought to rein in abuses of sheriffs profiting from underfeeding people in their custody. Abston was the kind of sheriff that new law targeted: before its passage, he scammed a food bank and his own small-town church to obtain inexpensive food for his jail so he could pocket the rest of the food allowance money. In 2019, he was sentenced to 18 months in federal prison after being convicted of wire fraud and filing a false tax return in connection with the jail food scheme.

“It is estimated that to comply with your request would cost Alabama Appleseed approximately $100,000 in time and labor … Of course, we would require Alabama Appleseed to get a surety bond ahead of time to cover the above described cost. … The Montgomery County Sheriff’s Department is very short handed and under-funded. The primary constitutional requirement of the Sheriff is to protect its citizens. Crime is up in Montgomery County and the above is the only thing the Sheriff will do to accommodate your request.”

Attorney for the Montgomery County Sheriff’s Departmentin a Nov. 29, 2017 response to a request for information about civil asset forfeiture

“There is no documentation of a specific plan for the money other than it is to be used for law enforcement.”

Pleasant Grove Department of Public Safetyin a Dec. 5, 2017 letter responding to a request that they explain how they planned to use $318,793 in cash taken pursuant to a single civil forfeiture action

“[T]he board questions the propriety of your request. Alabama decisions regarding the Open Records Act require that the person requesting the records pursuant to the Act must have a direct, legitimate interest in the documents sought. … There is no justification on the face of your request that would satisfy the foregoing requirement.”

Attorneys for the Baldwin County Board of Educationn an April 12, 2018 response to a request for information about school police 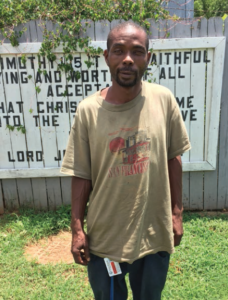 Each year, Alabama’s municipal, district, and circuit courts assess millions of dollars in court costs, fines, fees, and restitution. Most of this money is sent to the state General Fund, government agencies, county and municipal funds, and used to fund pet projects.

This hidden tax is the perfect setup for conflicts of interest, as courts and law enforcement agencies weigh the fair administration of justice against their own financial viability, which hinges on collecting fines, fees, court costs, and other debt connected to the criminal justice system. This system recasts courts and prosecutors as revenue collectors. They impose and collect the debt that finances their daily activities and supplements the state’s perennially underfilled coffers.

Astonishingly little information is available about this punishment mechanism, despite the fact that it is a crucial source of funding for state functions. Alabama does not mandate public disclosure of data necessary to fully answer basic questions like:

Using the criminal legal system as a debt collector erodes public trust. It prompts people to fear interactions with police and courts. A recent national study found that police departments in cities that relied heavily on court debt as a revenue source solved violent crime at a lower rate than those that rely on more equitable sources of revenue.

Terrance Truitt, 38, of Montgomery, owes fines and fees on a range of low-level offense including things like simple possession of marijuana and fishing without permission. He has repeatedly spent months at a time in county jail “sitting out” fines after missing court dates. But he’s afraid to go to court because in the past, he has shown up with as much money as he could muster and still been arrested on the spot for additional outstanding debt.

“I don’t have the money to pay,” Truitt told Appleseed. “They’re gonna lock me up, so I just don’t go. Every time I get some money, I send it down though – by mail.” 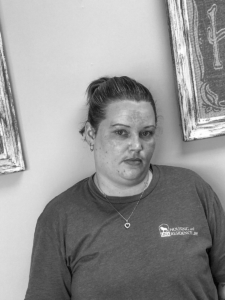 Diversion programs permit justice-involved people to avoid either conviction or incarceration. Pre-adjudication diversion, like drug court and pretrial diversion, permits people who are accused of certain offenses to admit guilt but avoid a criminal record if they abide by the terms of supervision, usually including regular check-ins and random drug tests. Post-adjudications diversion programs like court referral (CRO) and community corrections allow people who have been convicted of certain crimes to avoid prison time as long as they comply with terms that are often roughly similar to those required by pre-adjudication programs.

These programs are difficult to complete. They are costly. But they can mean the difference between a clean record and a conviction; relative freedom or incarceration. And in a state with a mass incarceration crisis and prisons that are bursting at the seams, they are a safety valve.  Yet the state maintains almost no data on their workings, efficacy, or cost – and it makes public even less.

Alabama does not maintain information about demographics, cost to participants, criminal charges, recidivism rates, length of time in drug court before graduation or termination, or any other data that would permit researchers, legislators, judges or anyone else to assess the efficacy of its drug courts.

Pretrial diversion programs run by district attorneys’ offices are even more problematic. They were sold as a way for the state to save money, help overburdened courts and relieve packed prisons. In reality, they create a revenue stream for district attorneys’ offices and have been permitted to operate without providing evidence that they fulfill the legislature’s original intent. There is little oversight or transparency as to how participant fees are spent, what happens to people in diversion programs, or whether people who can’t afford to pay get access. The statute authorizing these programs also provides enormous discretion as to how the fees are spent, including “but not limited to” salaries, rent, travel, vehicles and clothing for staff.

Kim Armstead, 35, entered the Lawrence County pretrial diversion program after being charged with possession of marijuana. Her enrollment began with a $537 payment which she understood to be a startup fee. “It doesn’t go toward nothing because I still have to pay $100 a month for 12 months,” she told Appleseed. In addition, she paid $50 per month for mandatory drug testing and supervision, and before being released, was required to pay $633 in court fines and fees. In total, she’ll hand over at least $2,970 before being released from her obligations, all because she had a small amount of marijuana. 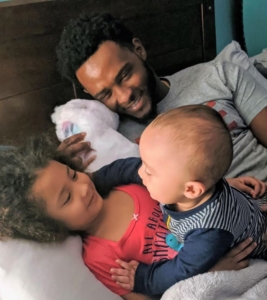 For years, the extent of this predatory policing practice was completely shielded from the public, as law enforcement was not required to track or make public the extent of its takings. In 2017, Alabama Appleseed and the Southern Poverty Law Center undertook an extensive review of Alabama Civil Forfeiture cases, examining 1,110 cases in 14 counties, representing the majority of cases filed in 2015. We found that courts awarded $2.2 million to law enforcement agencies in 827 disposed cases. In a quarter of cases filed, criminal charges were not brought against the person whose property was seized, resulting in the forfeiture of more than $670,000. The median amount taken was less than $1400.

Following the publication of those findings, lawmakers passed a bill requiring the state to track and publish data about civil forfeitures. In its inaugural report, the state reported seizing nearly $4.9 million in currency, 186 vehicles, 470 weapons, and 231 “other items.”

Not all money seized is ultimately forfeited, but during the same time period covered by that inaugural report, the state kept more than $2.4 million in currency and returned less than $26,000. It also kept 54 vehicles, returning only 11.

There is every reason to believe that some of that property was taken despite evidence that it was not connected to criminal activity. In 2020, Appleseed met Quandarius Holt, a former high school football star who turned to medical cannabis to treat his pain after losing his left leg above the knee in a car accident. Holt, 23, received a large settlement from the truck driver who hit him and used some of that money to buy an expensive car. He also bought medical cannabis from a seller in California who shipped it to him despite the fact that medical cannabis in all forms was at the time illegal in Alabama. He started growing two cannabis plants at his home.

Police arrested Holt. They charged him with multiple felonies. If convicted, he could face years in prison. They also seized $60,000 worth of property, including his car and thousands of dollars of cash. His property can be readily traced to the settlement money he received, and there is no evidence or even allegation that Holt was selling drugs or otherwise profiting from his illegal cannabis consumption. Nevertheless, under Alabama civil forfeiture laws, police were able to seize it. The burden is on Holt and his lawyer to argue for its return.

In 2021, following years of negotiation, Alabama lawmakers passed a law that modestly reins in law enforcement’s ability to keep residents’ private property. Among other things, the law sets a threshold of $250 for the value of cash and $5,000 for the value of a vehicle that can be forfeited, creates new rights for innocent owners whose property may have been involved in criminal activity without their consent, and forbids law enforcement from engaging in the coercive practice of asking people to waive their right to challenge seizures during roadside stops.

In 2017, Alabama updated its felony disenfranchisement laws, creating uniform rules across the state and restoring the right to vote to thousands of disenfranchised Alabamians. But the state did almost nothing to tell people about the change in law. Ballot access is elemental to participatory democracy: it is one of the primary means by which we hold the government to account. Alabama’s refusal to take active steps to spread the good news about opportunities for voting rights restoration is a shameful reminder of how far those in power will go to maintain control.

Alabama’s toothless open records and open meetings laws, coupled with its failure to collect data on many basic government programs, make it difficult to demonstrate inefficiencies and corruption or push for evidence-based policies. Alabamians deserve transparency and rigor from the officials and state and local agencies who make policy and decide how money and resources are allocated.