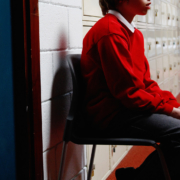 Based on data from the U.S. Department of Education, in 2015-2016 (the most recent year for which data was available), there were nearly 80,000 more white female students than Black female students enrolled in Alabama’s K-12 public schools. However, our research found that Black female students were more than twice as likely as that their white counterparts to experience all forms of school discipline, from suspension, to expulsion, to referrals to law enforcement, and even arrests:

These figures illustrate a troubling reality regarding the existence of racial inequity within Alabama’s school-based discipline practices and the ways in which such disparities contribute to the school-to-prison pipeline and the criminalization of Black girls. As communities across the United States examine  over-policing, over-incarceration, and violence against Black people by law enforcement, this research provides critical data on how schoolchildren are not immune from these disparities.

Last year, Alabama Appleseed released “Hall Monitors with Handcuffs: How Alabama’s Unregulated, Unmonitored School Resource Officer Program Threatens the State’s Most Vulnerable Children” a report which contained additional findings about the way in which Black students within Alabama’s schools experience disparate treatment and exclusionary discipline at higher rates than their white peers. That report found that even though “Alabama public schools are 56.9% white and 33.5 percent African-American…. 74.4% of school-related arrests and 61.3% of referrals to law enforcement were imposed upon by African-American children.” That report also found that in comparison to all Alabama schoolchildren, Black boys specifically are referred to law enforcement at a rate of 2.5 times more often.

Numerous researchers, including those at Appleseed have found that the practice of seemingly holding Black students to a higher standard of behavior and/or imposing harsher penalties for misbehavior can lead to a lifetime of consequences for students of color. However, much of the existing research assessing the school-to-prison pipeline within Alabama, has focused solely on Black boys or students of color in the aggregate. Unfortunately, much less discussion has been dedicated solely to the disparate treatment of Black girls within school discipline contexts. 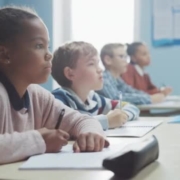 By focusing solely on girls of color, and specifically Black girls within Alabama, Appleseed’s newest report serves as an important first step to beginning the conversation about ways in which Black girls specifically can and should be better protected within our K-12 public schools. Ideally, future conversations will explore ways that current disciplinary practices can be replaced with solutions that allow Black girls the same freedom as their white counterparts to make and learn from childhood mistakes without the added consequences of being pushed out of school and into the criminal justice system.