A Record Number of Violent, Preventable Deaths in Alabama Prisons, but the Same Responses from the Alabama Department of Corrections 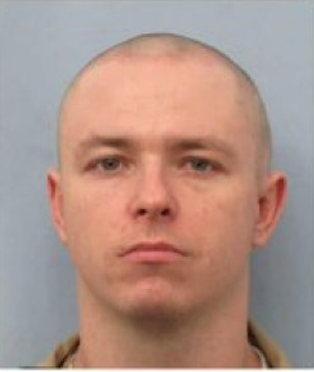 The rising death count inside Alabama’s prisons continues to claim the lives of young Alabamians and devastate families left behind. Last month alone, an estimated 15 incarcerated people died from homicide, suicide, or drug overdose, preventable deaths that federal authorities lift up as evidence of unconstitutionally dangerous conditions across state prisons.

Sarah Burch knew her son, Chadrick Wade, was having a mental health crisis and she tried to get help for him at Fountain Correctional Facility. But no one took him seriously. On July 4, Chadrick was found unresponsive in his cell and pronounced dead. He was 30 years old and serving time for property offenses.

Adding to the suffering of families left behind is the lack of communication and lack of transparency at the Alabama Department of Corrections. ADOC doesn’t typically publicly release information on a death at the time of the death, and the agency’s reports do not identify the names of those who’ve died. It’s up to journalists and others to receive tips on deaths, speak with other incarcerated people and families and seek confirmation from the department.

Investigative journalist Beth Shelburne began tracking ADOC deaths in 2018. She reported this week that the total number of deaths due to violence, suicide and drugs from 2018 to now is 151: 61 deaths after assaults, 32 suicides and 58 overdoses or other drug-related deaths. At least 40 of those occurred this year, according to Shelburne’s research.

Among all the deaths so far this year, at least 40 were likely suicides, homicides or drug-related deaths, according to Shelburne.

The circumstances surrounding the death of Chadrick Wade show that the ADOC is unwilling, or unable to take the necessary steps to save lives.

Sarah Burch said her son hadn’t been diagnosed with a mental health condition, but that he was showing signs of having a mental health crisis prior to his death, and had asked correctional officers for help.

While in prison Wade also expressed a desire to kill himself, according to both his mother and another incarcerated man at Fountain, whose cell was near Wade’s cell. That other man showed videos taken by cell phone which he said shows a fire Wade had set just outside his cell in the days prior to his death.

In another video taken by the man, two officers can be seen standing outside Wade’s cell, then walking away without providing aid to Wade. Wade’s mother said her son told her he’d been asking officers for help, but never got it.

The other incarcerated man believes Wade may have intentionally overdosed on fentanyl, which he said Wade had been asking for prior to his death and indicating he wished to die by overdose. It’s not yet clear if Wade’s autopsy results have been completed. Attempts to reach the Escambia County coroner were unsuccessful.

“He said that they didn’t take him seriously. He just said they didn’t do anything,” Burch said her son told her about the officers’ responses to him pleading for help.

Wade had overdosed inside Fountain prison several times in the eight weeks he was there prior to his death, Burch said, but the family wasn’t notified by prison staff of those overdoses.

The Alabama Department of Corrections declined to answer questions about Wade’s death, including whether he’d asked officers for help and threatened suicide.

“ADOC can’t comment on ongoing investigations,” the department said in a response.

Overcrowding in Alabama’s prisons, coupled with woefully inadequate staffing, is resulting in increased deaths, according to the U.S. Department of Justice’s 2020 lawsuit that alleges unconstitutional conditions in the state’s prisons for men.

Less than half of Alabama’s correctional officer positions were filled in early 2021, according to the suit. And ADOC has reported a net decrease of 258 officers so far in fiscal 2022, according to the latest quarterly report.

Fountain prison was at 149 percent capacity in June, the latest month for which ADOC has released a monthly report.  Wade is one of at least four people who have died there since April.

The federal government’s lawsuit followed DOJ reports released in April and July of 2019 that detailed systemic use of excessive force within Alabama’s prisons, and that Alabama’s prisons for men were likely violating inmates’ rights to protection from sexual abuse and physical harm.

ADOC also hasn’t been able to control contraband, which is resulting in mounting overdose deaths, according to the complaint.

ADOC also fails to accurately report overdose deaths as such, sometimes referring to them as “natural causes” in reports, according to the federal government’s lawsuit. The drugs also continued entering prisons despite ADOC’s ban on visitations amid the COVID-19 pandemic.

Two additional deaths at Staton Correctional Facility in September and November of last year list the incident types as “Natural Death” yet have autopsy reports that indicate drugs were the cause, according to ADOC’s report.

ADOC’s inability to stem the flow of drugs, rampant violence, death and corruption come even while the department’s budget continues to grow. From 2010 to 2020, the Department of Corrections’ budget nearly doubled. For fiscal year 2022, it is $610 million, nearly a quarter of the State General Fund.

Despite the systemic problems as described in the DOJ’s lawsuit and increased spending on Alabama’s prisons, the state is moving ahead with a plan to build two new prisons, calling the buildings necessary to address the federal government’s concerns. The new prisons won’t relieve overcrowding, however, as those plans also call for the closure of several existing prisons. 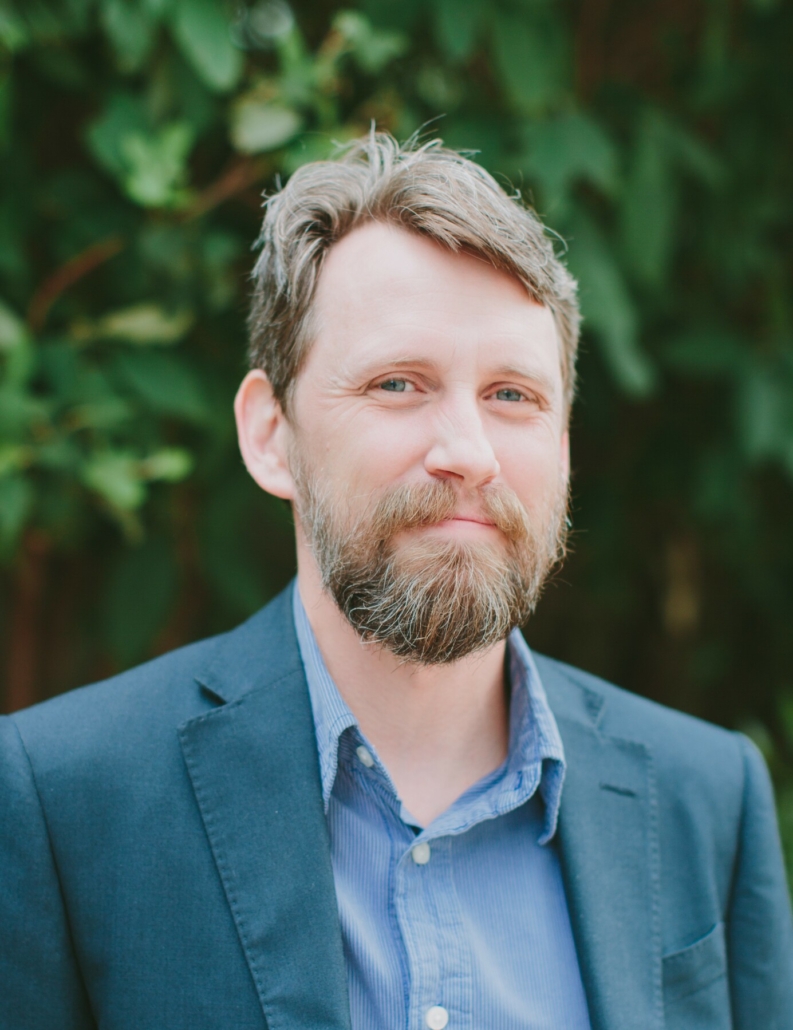 My name is Eddie Burkhalter and I’m excited to join Alabama Appleseed as a researcher. I’ve long been an admirer of the work done here, and I’m humbled to be a part of this team.

I grew up in Georgia, and lived in the Kennesaw and Marietta area for most of my time there. I moved to Alabama in 2001 and started college later in life, graduating from Jacksonville State University with a bachelor’s degree in integrated studies.

While in college I took an interest in writing, and eventually landed a job at a local weekly newspaper. I quickly fell in love with journalism, and worked my way up to the company’s daily, The Anniston Star, where I spent almost a decade covering nearly every beat, from school boards and county commissions, to homicides, the trials that ensued and the deadly tornadoes that too often tear homes and lives apart. The job connected me to my community in ways that no other job had, and it also meant that I was responsible to that community.

Over the 13 years I spent reporting, later at Alabama Political Reporter, where I covered state politics, COVID-19 and Alabama’s criminal justice system, I strove to get the best information to the public so that people could make better choices. I always aimed to be transparent and accountable to my readers, and tried daily to hold the powerful to account.

It was during my time at Alabama Political Reporter that I took an interest in Alabama’s broken prisons, and what state officials were doing, and weren’t, to address them. I spoke to families who’d lost loved ones to violence and drugs inside our prisons. I poured over records and tried to bring transparency to a system that fought it. When state officials revived a plan to build new prisons, I worked to learn more than was being told.

When COVID hit, it was clear that Alabama’s overpopulated prisons, where many people sleep in dorms an arm’s length from others, would get hit hard, and they were. I covered the death of Colony Wilson, who collapsed in a stairwell at the Birmingham Women’s Community Based Facility and Community Work Center and died while staff delayed giving her aid. She was never tested for COVID, despite having symptoms.

I also looked closely at Alabama’s harsh sentencing laws, including the state’s Habitual Felony offender Act, which fills the state’s overpopulated prisons and falls hardest on people of color.

In covering prisons, I found the work being done at Alabama Appleseed, which successfully freed six men who would otherwise have died in prison, sentenced under the Habitual Felony Offender Act. Appleseed’s mission of fighting economic injustice, mass incarceration and its work to hold the government accountable are near to my heart, so when the chance came for me to join Appleseed as a researcher, I jumped at it.

I look forward to working with my new colleagues as we all work to positively impact the lives of people who are too often underserved and overlooked in our state.