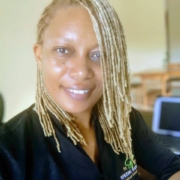 An Alabama judge with a history of using drastic measures to prompt debtors to pay outstanding fines and fees appears to be at it again. According to the Bibb County Circuit Clerk’s office, Hon. Marvin Wiggins has directed the clerk to mail notices to all individuals who owe fines, fees, court costs, or restitution directing them to pay, come to court, or potentially face a warrant for their arrest. 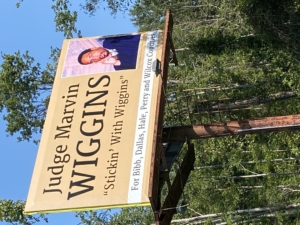 Bibb County Circuit Court Judge Marvin Wiggins has been repeatedly censured, including for ordering debtors to pay fines or give blood, instead.

Wiggins, the presiding judge of Alabama’s 4th Judicial Circuit (covering Bibb, Hale, Perry, Dallas, and Wilcox Counties), made national news in 2015 when he was censured by the Court of the Judiciary of Alabama for telling individuals in his Perry County courtroom that they could either pay, donate blood in a blood drive being held in the courthouse parking lot, or go to jail.

“[I]f you do not have any money, and you don’t want to go to jail, consider giving blood today and bring your receipt back, or the sheriff has enough handcuffs for those who do not have money,” Wiggins told defendants in 2015.

Dozens of people, unable to pay and fearful of going to jail, obliged. The Alabama Court of the Judiciary later found him in violation of multiple Canons of Judicial Ethics, and Wiggins acknowledged wrongdoing. And the organization that ran the blood drive discarded 41 units of blood because it was unable to verify that donors gave them voluntarily.

Now, in the midst of a pandemic that has disproportionately impacted financially insecure Alabamians, the judge is again pressuring debtors to pay what they owe or face jail time. According to the clerk’s office, the court sent notices to people whose debt stems from cases as distant as 1992.

Who keeps records on a 20-year-old traffic ticket?

One such notice was mailed to the last known address of Quanetta McNeal, who was told she owes more than $400 for a traffic ticket she received in 2000 in Brent, Ala. 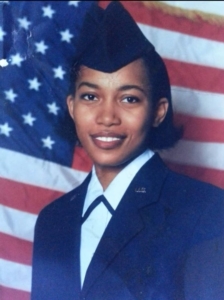 U.S. Air Force Veteran Quanetta McNeal received a notice about a 20-year-old traffic case. She believed she had completed all requirements and paid her debt, but has no records to prove it.

“[S]hould the defendant fail to appear or make an arrangement with the circuit clerk to pay the balance, a warrant maybe [sic] issued for the defendant’s arrest,” the notice reads.

McNeal, an Air Force veteran, former teacher, and business owner, called the clerk as soon as her mother, who received the first notice in June, told her she was expected in court. For McNeal, the conversation dredged up memories of her 2000 encounter with a police officer in Brent, Ala. who pulled her over at a stop sign and claimed she had been speeding. McNeal, who lived in Birmingham at the time, contested the ticket. She recalls making the two-hour round-trip drive from Birmingham to Brent three times before the officer finally showed up in court, where it was her word against his.

As she remembers it, the judge (who was not Judge Wiggins) agreed to dismiss the charges as long as McNeal attended a four-hour driving school in Hoover and paid court costs. “I attended that class, paid the necessary fees to the court in Brent, and I was under the impression that that matter was closed,” she said. As a veteran, McNeal took her responsibilities seriously and prided herself in keeping her affairs in order.

Under Pressure: Alabama’s unhealthy reliance on fines and fees

Though Judge Wiggins’ debt-collection methods are extreme, what is happening in Bibb County is just a symptom of a much larger problem. Alabama’s unhealthy dependance on legal financial obligations including fines, fees, and court costs, to fund basic state services has driven the price of even minor traffic infractions sky-high and put pressure on courts to collect money from debtors at any cost.

Asked if they see a lot of people actually coming in to take care of those old court debts, the clerk in Bibb County paused and said, “Not really.” The judge directed her to send the notices anyway, she said.

Judge Wiggins did not respond to a request for comment.

Records show that McNeal’s bill for her 2000 ticket totals $423.80: a $138.00 for a municipal traffic offense fee; a $158.00 traffic infraction docketing fee, a $30.00 “criminal history fee”; and an additional $97.80 fee tacked by the district attorney’s office. This last fee, which accrues against any debtor who is in arrears more than 90 days, is set aside to pay the district attorney’s “Restitution Recovery Unit,” which is tasked with getting money from debtors who fall behind on legal financial obligations and permitted to tack an additional 30 percent on to the total owed for its trouble.

Despite this fee, it is unclear whether district attorney’s restitution recovery unit played any role in seeking to collect payments from McNeal during the 21 years during which the court claims she was in arrears.

The restitution recovery fee, if collected, is customarily split between the clerk’s office and the district attorney. The rest of the money is remitted to the Administrative Office of Courts, which duly disburses it to a wide range of non-court related entities including the State General Fund, the Police Officer’s Annuity Fund, and the American Village at Montevallo, an educational facility and event venue which receives a $1.00 cut from a wide range of court fees.

A job awaits, but so does an arrest warrant

McNeal, who maintains that she completed driving school and settled her debt to the state back in 2001, has long since moved on with her life. For a while, she taught school in Hoover and Homewood. She completed her service with the U.S. Air Force in 2005, and in 2011, she moved to Jamaica, where she opened a restaurant. She visited Alabama often and maintained her driver’s license and a mailing address at her mother’s house.

Recently, McNeal made the difficult decision to close her restaurant in Jamaica and move back to Alabama. The pandemic has hit the island nation hard, and between lockdowns and lost income, the restaurant doesn’t get the traffic necessary to keep its doors open. 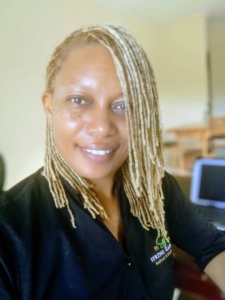 Quanetta McNeal, recently, in her restaurant in Jamaica. Covid has heavily impacted the island nation’s economy and she wants to return to the U.S. for work, but fears arrest over decades-old court debt.

McNeal has a phone job interview with an employer who is based in the United States in early September, but she is now afraid she will not be able to come home because of the arrest warrant Wiggins threatened.

She is absolutely certain she settled her debt long ago, but she does not have records two decades old. And now, because of the judge’s sudden decision to hold her accountable for decades-old debt she cannot prove she paid off, she feels she must choose between staying in Jamaica and coming home and facing possible arrest.

On Tuesday, McNeal emailed a motion to the court describing her situation and asking the judge to dismiss the case against her. “Over twenty (20) years have passed since the defendant last appeared before the court and acted timely and in good faith to honor obligations to the court as agreed 20 years ago,” she wrote.

She will face a cruel set of choices if Wiggins denies her motion. Like millions of small business owners whose lives were turned upside down by the pandemic, she could not come up with money to pay even if she were ordered her to. She has $571.12 in her checking account and $11.04 in her savings account.

“The court,” she wrote in a text to Appleseed, “cannot wipe out what I have left.”

Tweets by @AlaAppleseed
A Cruel Set-Up

Marking Time, At the Crossroads of Prison Reform
Scroll to top